Sucker for soccer, or...

- July 07, 2018
Today I did something out of the ordinary… I watched the football (soccer) game between England & Sweden. I think the last game I actually saw was Norway vs. Italy back in 1994. Had a huge crush on Roberto Baggio. Have nooo idea what the f**k that was all about though…his sexy mullet perhaps? Haha! 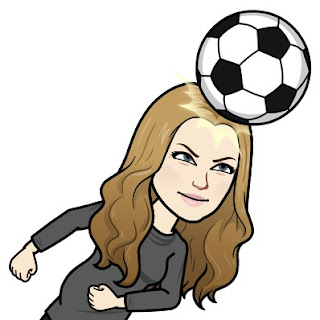 Sooo, yeah, England won 2-0 & I’m pretty chuffed about that. Got a few angry messages on Snapchat from some Swedish people during the gamle, apparently I should’ve been more supportive. Oh, well... I’ll probably get some angry replies from some English folks too when I’m rooting for England to lose their upcoming game... ;p

I have very fond memories of watching football with my dad when I was little…or rather him watching & me sitting on the floor playing with my legos. The sounds from the TV still brings forth such a cosy feeling inside of me. It puts a smile on my face as I write this actually. :) But other than that I don’t carry much warmth towards it at all really. But I do get the appeal, & I have to admit that I kinda made some sounds during the game & cursed at the screen a couple of times...or more.

"The rules of soccer are very simple, basically it is this:  if it moves, kick it.  If it doesn't move, kick it until it does".  ~Phil Woosnam.