- July 26, 2018
Was talking on the phone today & nagging a bit about the heatwave we’re having up here…& got promptly reminded that it’s not that many weeks until autumn… It was like standing in front of the Black Gate & Sauron fixing his gaze upon me. I like that though, when it feels like you get undressed & your focus shifts just by mere words. Wish more in life were like that…

Especially this whole political correctness thing, I know I have mentioned it before, but it gives me the same claustrophobic feeling as when it’s hot & humid outside & the clothes stick to your skin. Makes me wanna shower in fire just to get that suffocating crap off of me. Nowadays it feels like you have to tip toe around peoples feelings & I for one am tired of it. The excessive silencing of people who doesn’t have the same opinion will only end up with everyone boarding the censorship. …is a monotonous society really what you want?
We have to listen to each other & keep the debate going. If something doesn’t sit right with you then speak up, undress someone with your words, make them shift their focus instead of silencing them.

I recon I’m so adamant about this partly because I’m raised in the "Black Adder & Monthy Python era"...with parents who let me voice my opinion & brothers with a wicked sense of humour.
For example, I noticed first hand that ridiculing religion was progress. It lifted the focus on pretty serious issues & I for one do not understand how anyone can be against doing that nowadays? It cripples the debate if we can’t joke about stuff. Which is one of the many reasons I follow accounts like these on Twitter. By using humour & sarcasm they shine a spotlight on things that go on. Stuff that might’ve gone under the radar otherwise. Have to make this clear though; I do not approve of jokes about child molestation. Children can’t speak up for themselves in a way that adults can, so when jackholes tries to normalise sh*t like that, they need to get shut down permanently. 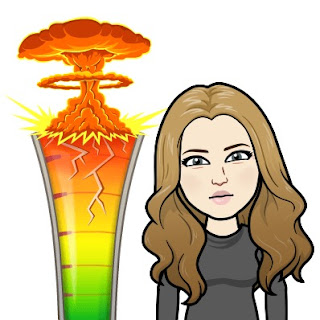 Tomorrow the meteorologists have predicted even higher temperatures. The proof is in the pudding on that one, if it comes to fruition I’ve decided to fully enjoy it. BUT, I’m also noticing that plants are struggling, sooo I’ve decided to channel my indigenous ancestors & do a rain dance with a dash of joik on the side. It’ll be a very exclusive performance & admission cost will start at $1 000 000. DM me for time & place. Haha! Let’s just hope the old ones won’t heed my call until after the lunar eclipse tomorrow though... Rainclouds would kinda put a damper on my rooftop date. ;P

~Linn.
Above all else: go out with a sense of humor. It is needed armor. Joy in one's heart and some laughter on one's lips is a sign that the person down deep has a pretty good grasp of life. ~Hugh Sidey.
FreeSpeech