- July 21, 2018
Imagine something bestial like a rape happens to you… It’s instantly accepted by people as truth, everyone embraces you, looks after you & come to your defence. Your voice is deemed strong & your story is heard by the masses. Now imagine it happening to someone else… The assailant turns out to be an immigrant who can’t speak the language properly, has chosen not to integrate & are clearly living at odds with the law. Might’ve come from a country of war & are mentally disturbed, but still, the rape happened. You start questioning immigration laws, if integration is what it ought to be, mental health screening, etc. & you express that. This time those same people ask for proof of the incident, they embrace & defend the rapist, they call you racist & attack your behaviour. Your voice is silenced & your story is not worthy of attention.

I’m wondering how things similar to that comes to light? How come one voice is more valid than another? No matter the experience, big or small, the trauma of it doesn’t decrease or increase based on if you’re a conservative or not. Are these people who ask for proof & police reports or court records actually aware that they’re pushing a victim further down just because they don’t see things like they do? Are they really “racist” or “nazis”, etc. for questioning things, or merely human? In my eyes a victim is a victim & society as a whole have a responsibility to make sure these people aren’t victimised again. But as long as this tug of war is going on between left & right I doubt that’ll stop happening. Just wish people would show some common decency & think before they open their mouthes in similar situations. …that goes for both sides. 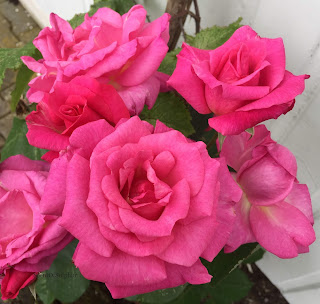 Guess the essence of what I wrote above can be applied to people getting excluded from participating in Pride events too… Which is simply put - a celebration of love, regardless of gender. So I’m left wondering how they can refuse someone, who’s taken that step out of the proverbial closet, to participate in these joyous affairs, based only on their political stance? They boast about being inclusive & tolerant, but it seem to only apply when you agree with them…& in my eyes that’s such a shame. It means there’s a whole bunch of people out there not being able to collectively express their gratitude & joy of being free to love whomever they want. …& for what? Them educating themselves on religions that doesn’t approve of the way they live their personal life, or voting & leading conservatively lives cause they believe that’s the right path for them? …& openly expressing those views.

I often imagine if anything like that would’ve happened to my brother… If his voice were muffled in a time of vulnerability, if society would’ve made him a victim yet again, just for seeing things in a different light or having a different set of values.
The gay community is just as varied as any other, they’re not mindless zombie drones following their queen’s beck & call. They’re individuals, with different experiences & voices that all deserves to be heard. I wonder why they fought so hard for equal rights, just to act in the exact manner as which they’ve been treated for all those years? …excluded, based solely on that they were “different”.
How about letting some of those prejudices aside & just listen to one another for once? No matter what spectrum of the political scale you’re on, aren’t love & equality worth pulling in the claws for, at least once a year?

~Linn.
The ultimate test of a relationship is to disagree but to hold hands. ~Alexandra Penney.