- July 10, 2017
I got to be honest, this whole social media business can be quite taxing… The constant regurgitation of leftwing rightwing hullabaloo is making me rather queasy these days. But, I can’t boast of being a busy socialite with my dance card full. Sooo, like a moth to a flame… 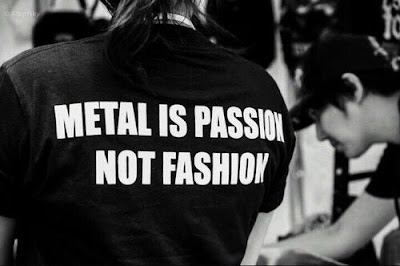 You’ve heard about the festival rapes, right? …well, I came over this rant online which stated that a certain rock festival was patriarchal & that the reason why there weren’t rapes there was because of exactly that + the women who were violated didn’t report it because blablablaaaaah… *insert eye roll here*

Let me tell you a little story… It’s about an awkward little girl who spent her first years on this earth with her family in a small black cabin in the woods. She picked up injured bumblebees & built them lego houses & fed them food & water, underneath her bed she had homemade scented rosewater which she stored in old jam jars… She even had a small pink grimoire which she wrote spells in. Eventually she & her mum moved to a lovely island, into the house her grandparents had built. She made a few friends, but never really felt she fit in anywhere or with anyone. Fast forward to just about shy of a decade later she returned to that cabin & there, like a caterpillar she consumed herself…& out of that cocoon emerged a black butterfly. Those first flutters of her wings were incredibly liberating & finally, after all those years, she felt comfortable in her own skin. 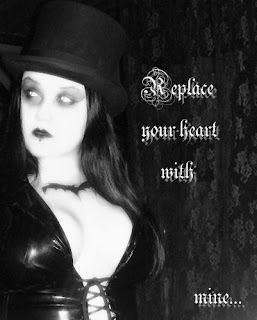 You probably wonder where the heck I’m going with that… Well, the thing is, I’ve never felt more safe or more at home when it comes to the metal scene. 98% of the people I’ve met that’s been so called metalheads have been very decent people. They have an amazing sense of humour, there’s a sense of curtesy & community. They don’t give a flying f**k if you’re green, purple, grey or gold, male or female. All that matters is good conversations & love of MUSIC! Maybe that ‘patriarchy’ certain women goes on about is confused with good old fashioned chivalry? …oh, come ooon, what the hell is wrong with that? What’s wrong with being on the receiving end of antiquated pickup lines from time to time, or a total stranger putting his body between you & the raging mosh pit that goes on behind you…or lifts you up on his shoulders so you can get a glimpse of the band? I’ll take a headbanging, bearded, bone gnawing, growling savage over a self-centred, obnoxious, political correct douche any day, that’s for sure. Cause on rare occasions, when some drunk guy’s mistreated me or gone a bit too far at a rock concert, one of those growling savages have put their foot down immediately. I’m not saying that I can’t handle my own s**t, but it’s been a relief. Cause whenever I’ve been out with so called ‘normies’ & some guy have tried to grab me as a flippin’ bowling ball, 9 out of 10 times I’ve had to fend for myself. Of course assaults & rape can occur anywhere, but if you scream for help at a metal or rock concert & someone actually hears you…as Mr. T. said: “I pity the fool.”

So, to the women out there who shy away from the obvious reasons for the recent years spike in sexual assaults, or think segregation is the way to go with a ‘women only’ festival: Do yourself a favour & go to a metal concert, use earplugs if you don’t like the music & see for yourself. You will find guys & girls in mostly black attire, with metal chains dangling from one side of their hip. There will be great postures (seriously), some with a beer in one hand, mesmerised by the band playing… Some will be talking & smiling, some will look like they’re three headbangs away from a whiplash & others will gently move one knee to the beat of the drums, cause they don’t want to mess up a strand of their Thranduil-esque hair. Patriarchy my ass…& have to say that I haven’t observed the whole ‘male-privilege’ narrative either. All I’ve ever seen is a genuine love for music & a healthy dose of equality. Not once have I felt anything else than a peer. But then again, that might be because of my attitude. But I hope you’ll experience that too. If not, then might I suggest you take a good hard look in the mirror & ask yourself where that huge chip on your shoulder came from. …& maybe, just maybe, acknowledge how safe you felt when you were there…& that it has everything to do with the attitude of the men there & how they view women. Don’t all women deserve that same sense of security when they’re out & about? That’s why I’ll never ever make excuses for anyone raping. Wether or not from war-torn countries, raised in rape cultures or on upper east side, I will N E V E R condone that kinda behaviour. ...& I most certainly will never accept or agree with women who put down men who use their words, or fists, to stand up for what’s right.


Think anyway you please, but know why. -Martin H. Fischer.