- March 15, 2011
Just gonna complain a bit, then focus on the good stuff...ok?
I'm going insane!! My whole body's sore & achy. The pain & nausea's something I can live with. But I can't be efficient & that just pisses me off, beyond belief! :/ Can't do squiddly-doo without having to take a break every five seconds...& I think, for a second there that I actually fell asleep...whilst standing?! o.O ...so tired of this s**t.
So, over to the good stuff then. :)
Last week I found more fuel for my glass mania. A lovely green glass fishing float. It's a kinda olive shade of green & you can see the years on it. Just the way I like it. :) It's also called a witches ball. I've heard stories about them being hung in the windows, much like native american dream catchers actually... They lure the negative spirits in with their beauty. Then they're trapped there until the sun comes up in the morning & basically kills all the evil inside. ;) I can't seem to find the net I made for "it" though...no wonder, since it's several years since I made it. :P But I've made a temporary "nest" for it to rest in for now. <3 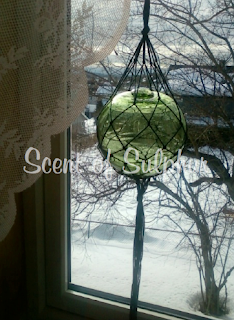 It has +P.C.F.+ markings on it.
I just love it when I come across something that I've waited a long time for...& it really was love at first sight. <3 Same thing happened with the new mirror I bought...it was just meant for me. So it patently waited for me to take it home. ;) 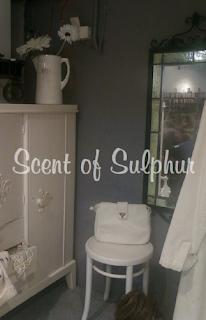 There's my mirror, patiently waiting for me to adopt it. ;) 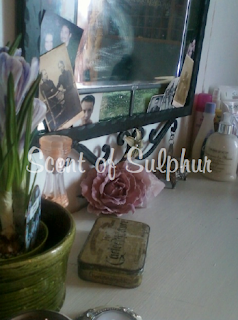 Slowly settling in... Makes me wonder what sights it's seen before. <3
I'm still baffled that nobody bought it actually. But imagine my surprise when I was told that it had that weeks "Lucky number!" So it ended up costing me around 7$. *Happy-clap!!!*

Watched 'I am number four' this weekend.  & I'm giving it a 4. Just because I liked the story, but hated that the end opened up for a sequel. Only regret I had afterwards was not bringing my son. Cause it was totally up his alley. But I had a nice time anyway...even though I was in total insane troll-mode. :/ .oO(Sorry!!!)

That's about it for now...in desperate need of some rest. Gonna lay my head on a pillow & dream of a huge cup of Earl Grey. <3

~Linn.
Enjoy when you can, and endure when you must.  ~Johann Wolfgang von Goethe.